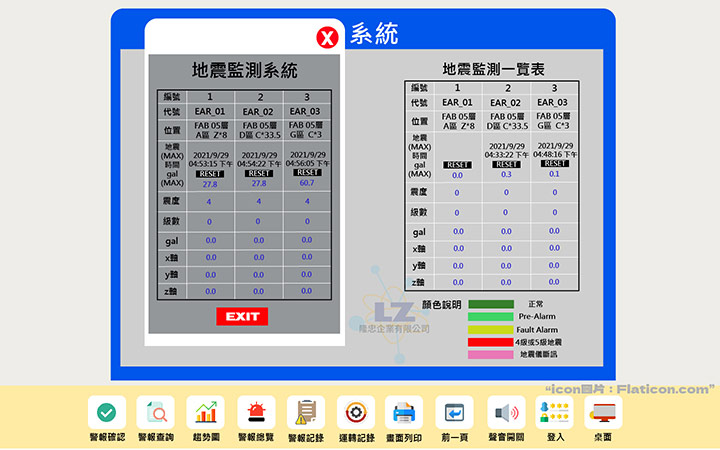 Taiwan is located at the junction of two plates, with the Philippine Sea plate in the southeast and the Eurasian plate in the northwest. "Earthquakes" are quite frequent for Taiwanese. Whenever an earthquake occurs, even seconds before the earthquake, the phone receives an emergency notification, commonly known as a "cell text message". Why are we getting these newsletters? How does a cell phone know that our area is experiencing an earthquake?

It all starts with the seismograph.

Seismic waves generated during fault dislocation can be divided into two categories according to their propagation paths, namely solid waves passing through the interior of the earth and surface waves propagating along the surface. In terms of wave properties, there are two types of solid waves: P waves (compression waves or longitudinal waves) and S waves (shear waves or transverse waves). There are also two types of surface waves, LQ waves (Love waves) and LR waves (Rayleigh waves).

These seismic waves have their own propagation speed in the earth, 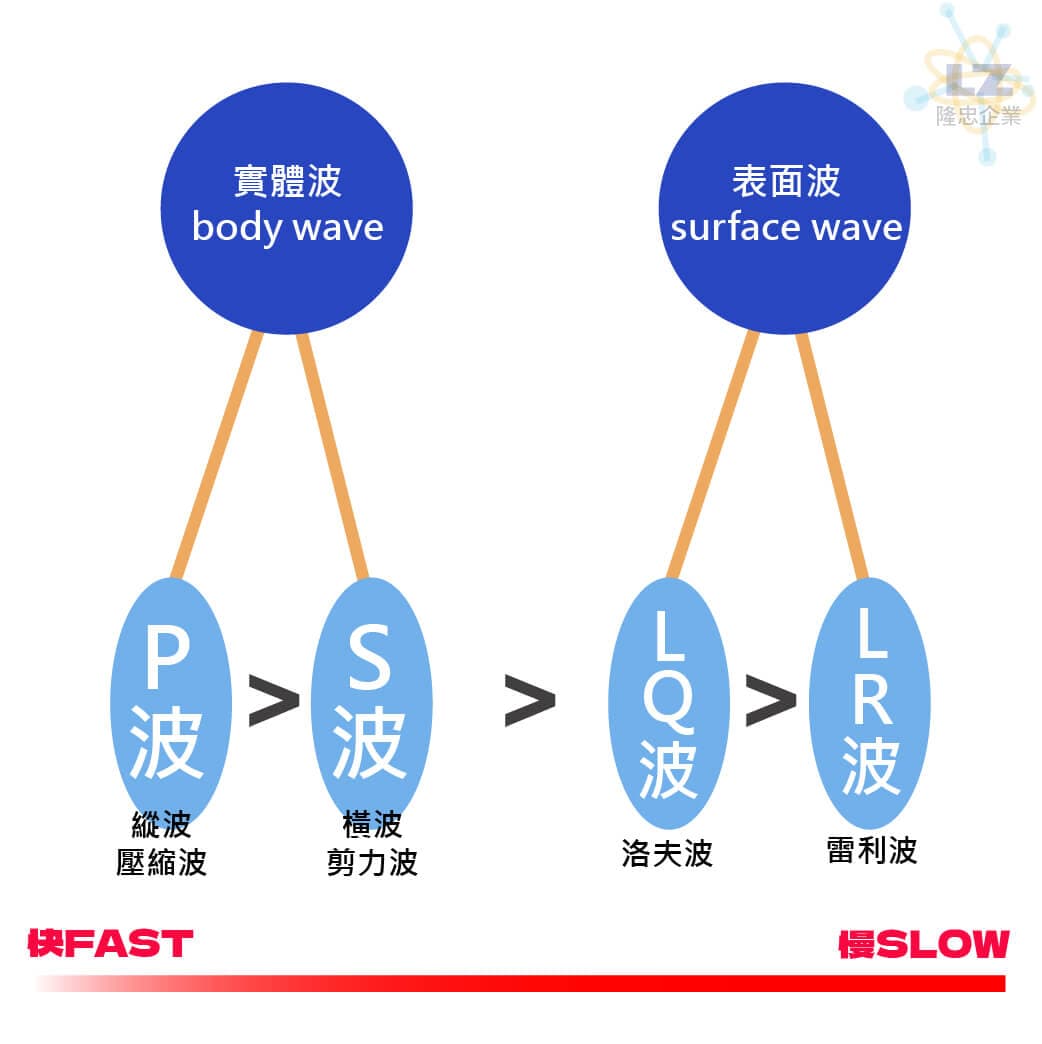 1. Body wave (body wave): can propagate in the interior of the earth.
According to the different nature of its fluctuation, it can be divided into the following two types:

●P waves (longitudinal or compressional wavespressure wave or primary wave）：
Similar in nature to sound waves, particle motion is parallel to the direction of wave propagation, resulting in a sparse and dense vibration (sparse-dense wave). Among all seismic waves, P-wave has the fastest transmission speed, so when an earthquake occurs, P-wave is the first to arrive. The seismic wave recorded by the station and recorded by the seismograph is also the origin of the name of the P wave (primary wave). In addition, because P waves can propagate in solids and liquids, there is currently a view that when P waves reach the surface, a part of the energy will be converted into sound waves, which will become the sound before a major earthquake.

●S-waves (shear or shear waves Shear-wave or secondary wave）：
The motion of the particle is perpendicular to the direction of energy transfer of the shock wave, and it produces a vibration of one up and one down or one left and one right, like a rope wave, which is a transverse wave. The speed of the S wave is second to that of the P wave, which is also the origin of the name of the S wave (secondary wave). In addition, since the outer core is liquid, and S-waves cannot propagate in liquids or gases, S-waves cannot travel through the outer core.

2. Surface wave (surface wave): propagating along the earth's surface or the earth's inner interface.
It can be mainly divided into the following two types:

The basic structure of the seismograph is composed of a heavy hammer, a spring and an electronic induction coil. The principle is to use a spring to suspend or support the heavy hammer. When an earthquake occurs, the heavy hammer starts to swing and moves relative to the electronic induction coil. With the change of the vibration amplitude, electromagnetic induction signals of different sizes are transmitted. The recorder tells us what happened to the earthquake.
A complete set of seismographs usually consists of a vertically oscillating weight and two horizontally oscillating weights to detect vertical, east-west, and north-south ground motions, respectively.

Old seismographs can only detect large gal values ​​and magnitudes; while new seismographs can detect not only P waves, but also the more detailed XYZ axes. The seismograph of the Central Meteorological Administration uses a small number of earthquake signals near the epicenter to quickly calculate, and provides early warning for areas far away from the epicenter, so as to facilitate emergency response to strong earthquakes and disaster reduction. It is also through the detection of P waves that the time of cell SMS notification can be greatly improved.
We help customers to replace old seismographs with new seismographs, which can sense earthquakes more quickly. Help us to make the most immediate disposal instructions to the machine to protect the safety of plant personnel when a real earthquake comes.

If you have any related questions, please feel free to contact / call!