As the flow rate changes, the electromotive force (voltage) captured by the electrodes also changes as described below. 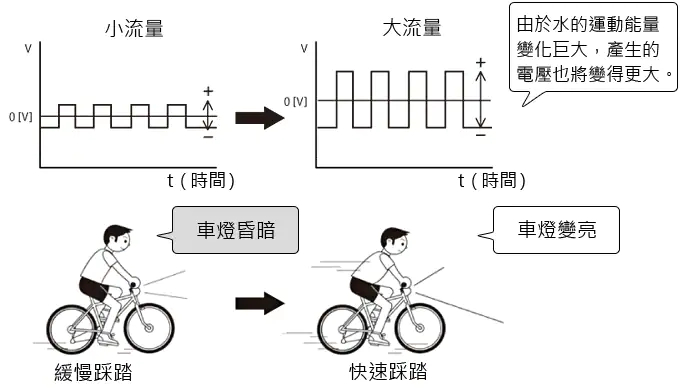 Advantage:
・Not affected by the temperature, pressure, density or viscosity of the liquid
・Capable of detecting liquids containing contaminants (solids, bubbles)
・No pressure loss
・No moving parts (improves reliability)

So what is conductivity?
Conductivity is generally a value that expresses the ease with which electricity flows. The opposite value is resistivity, which indicates how difficult it is for electricity to flow. A common unit is S/cm. To determine how easily the current flows, place 1 cm2 electrodes 1 cm apart. Some examples of conductivity measured in practice are as follows, tap water has a conductivity between 100 and 200 μS/cm, mineral water is 500 μS/cm or more, and pure water is 0.1 μS/cm or less. 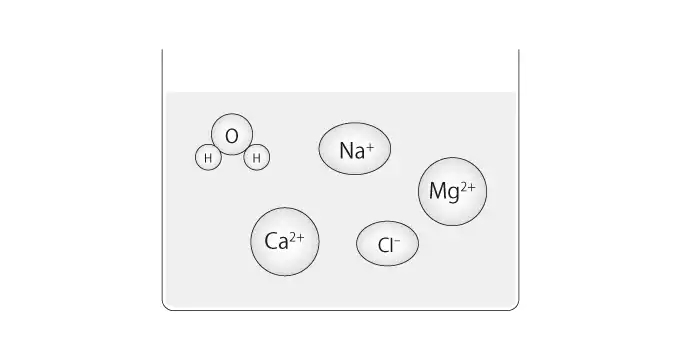 In addition to H2O (water molecules), water also contains Ca2+ (calcium ions) and Mg2+ (magnesium ions). The so-called hard water and soft water are distinguished according to the amount of ions contained in a given amount of water. Because these ions conduct electricity in water, tap water, groundwater, and other ion-rich waters are all conductive. Also, since pure water contains only H2O without any impurities, it cannot conduct electricity.

Rapid detection method
If you just want to confirm whether there is conductivity, you can use a standard multimeter. Set the tester to measure resistance and place the two probes in the liquid. Even if the needle of the tester is only moving slightly toward zero, it means there is electricity flowing. Conversely, if the pointer does not deviate from ∞, there is no conductivity. In this case, it can be determined that the electromagnetic flowmeter cannot be used for detection.

*As a precaution, confirmation with a conductivity meter is required.* 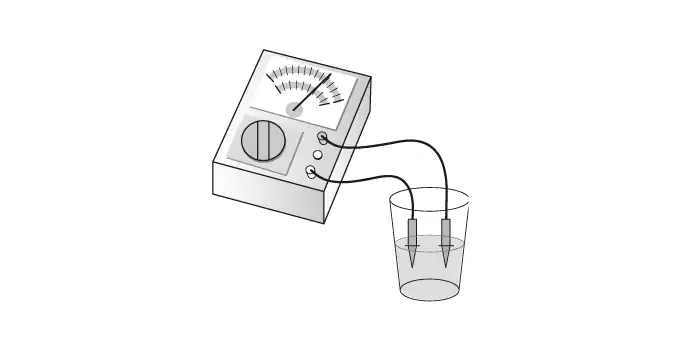